According to an exclusive report in the South China Morning Post Cathay Pacific had agreed to scale back planned job cuts by 25 per cent to reach the above number of 6,000. An announcement is expected to be made on Wednesday.

The South China Morning Post quoting multiple sources said Hong Kong’s flagship carrier was eyeing global lay-offs of up to 8,000, but has now reduced the number to about 18 per cent of its total workforce, including about 5,000 in the city, after government intervention.

“While Cathay’s local workforce will bear the brunt of job cuts, the overall scale is still smaller than the industry average of about 20-30 per cent staff reduction. The job cut announcement is expected to be made on Wednesday, at the end of trading on the stock market, following a board meeting on Monday,” the report said.

The South China Morning Post quoted a Cathay Pacific spokeswoman as saying that the company would not comment on “speculation”, despite several informed sources confirming the action plan. 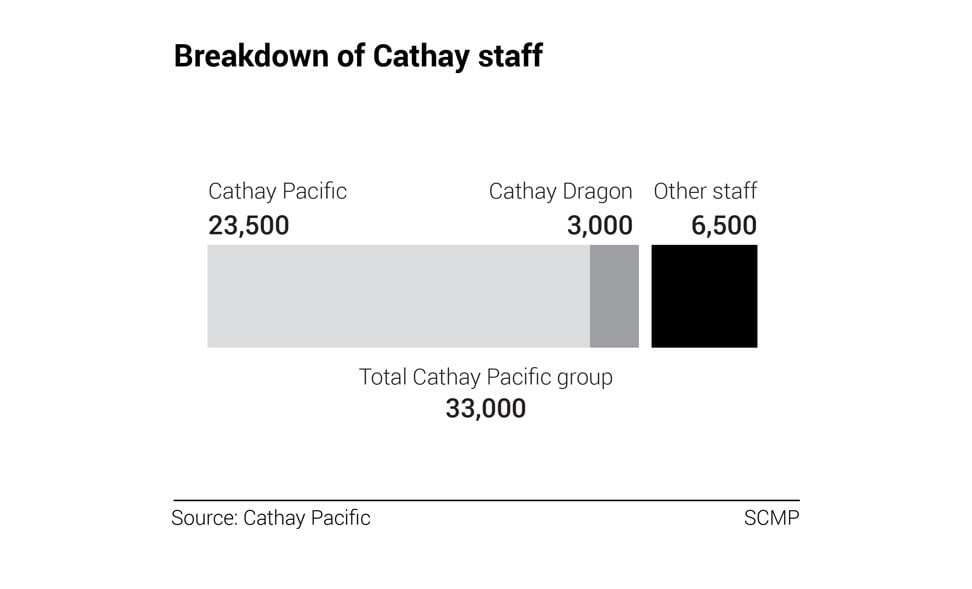 “It’s unnecessary to keep the two brands given the dire financial situation, but Cathay will not give up flying to mainland destinations,” sources quoted by the newspaper said. “The carrier will not give up the mainland market and it will maintain its major role in the regional aviation hub.”

Another insider told the South China Morning Post that the carrier would try to retain as many Cathay Dragon pilots as possible, most of whom were locally trained and considered Hong Kong talent.